What Does It Really Mean to Drive Client Engagement? Learn More

Your 2022 Plan and the Voice Inside Your Head

Your 2022 Plan and the Voice Inside Your Head

We’re knee-deep in November now and that means 2021 starts to look like a dry erase board - with all the potential of wiping the slate clean.

It also means we get sucked into the details of plans and budgets and timelines. And when that happens, it’s easy to forget the critical importance of vision in any business.

But I often see the clues when speaking with advisors – clues that some businesses are on the precipice of something great. Those advisors talk less about tweaking their business models or making small adjustments to drive incremental growth. They talk more about the future they wanted to create and the way their businesses will have to change to support that vision of the future.

As I listen and observe, it has become clear that there are three stages that almost everyone moves through in the process of transforming a business into something great.

And I think it should matter to you if you want to see real transformation.

Stage One: A Fleeting Glimpse of Something More

I distinctly recall a conversation with an advisor many years ago. It was brief but made a significant impression. He told me that every day, as he left the house for work and hit the button on the garage door opener, a question came to his mind.

Is this really making me happy?

For some reason, the act of hitting the button (the symbolic start to his working day) triggered this question every single day. He told me that he loved his business and had had a lot of success- but he knew that something would need to change, once he figured out the answer to that question.

Stage one of any transformation is a question that forms in your mind, a fleeting glimpse of the possibility of something more. Rather than asking how can I grow my business in the next 12 months, you might be asking a very different question of yourself. What do I really want to create?

Stage Two: The Crystallization of Discontent

The question in stage one is often a trigger for stage two in which you become more acutely aware that a change is needed. It’s the proverbial fork in the road and, for many, feels like an epiphany.

The reality is, however, that it's more likely the result of a much slower process, something called a ‘crystallization of discontent.’ It’s the day you wake up and ask ‘what am I really doing’?

American psychologist Roy F. Baumeister coined the term ‘crystallization of discontent’. What felt like an epiphany, he says, is actually a moment in which a story becomes complete. You may experience small frustrations in your day and along the way. And at some point these disparate issues suddenly come together in a coherent and clear storyline. I want something different. My role needs to change. I want to focus on a specific type of client or specialization.

Yes, some people pause and realize they should be doing something completely different, but for most of us it’s about refining some aspect of our existing business. The epiphany, in my experience, is often quiet—a realization that there’s something more and that you need to go down another path.

Stage two of any transformation involves a crystallization of what is wrong with your business, as it is running today.

The moment in which discontent is crystallized, however, isn’t what triggers action. To take the first step toward change it’s not good enough to know what’s wrong, you need to be able to visualize a better or different future.

Without that skill, discontent remains just that. You need a vision.

To understand the impact of vision in our lives, it’s helpful to look to the work of renowned psychologist Martin Seligman and others. One of the theories that Seligman studies is called Prospection.

Prospection is the ability to envision a better future and it shows up in everything from goal setting to day dreaming. It’s that ability to imagine something better that causes us to take action. Seligman’s research runs contrary to traditional wisdom, which suggests that human beings are programmed to take action because they are running from pain. His research suggests that while our decisions are influenced by past experience, we’re actually driven to take action based on a positive view of the future. Without a compelling vision of the future, we tend to put up with the pain.

Stage three of any transformation involves a clear vision of the future you want to create.

What Does It Mean For You?

If you’ve moved through one or more of the first three stages of transformation, you’re at the start of an extraordinary journey. Some among us, of course, have greater clarity about exactly what they're trying to accomplish and jump to phase three. The rest of us mere mortals tend to come to that realization over time. And a small percentage of us ever take action.

Rest assured, there’s no single tactic or strategy that will trigger transformation; it’s the result of self-reflection, intentional design and a healthy dose of grit and determination. It’s about pausing, defining your personal vision and then structuring your business to support that vision.

So as you sit down to craft that business plan for 2022, listen to your gut. It’s often right. 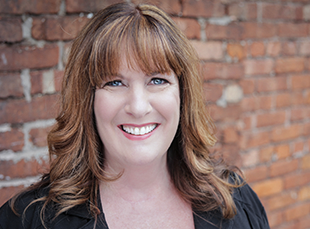 Julie is a recognized expert on the drivers and evolution of client experience, client engagement. and referral growth. She is responsible for: designing the firm's strategic vision and product roadmap, conducting on-going investor and advisor research, driving firm growth and representing the company on conference stages around the world.
Read More